The Derosier family represents the epitome of hope and strength.

Hope Strengthens Foundation (HSF) was honored to have connected with Jamie and Jeremy Derosier when their young son Bryce battled complications from mitochondrial disease.

Thanks to our donors, HSF was privileged to offer targeted financial support for expenditures associated with Bryce’s care. Tragically, Bryce passed away in 2018 but his memory has endured and inspired our work to help others.

We now draw on Bryce’s inspiration to help his sister, Aubriella, who also suffers from mitochondrial disease.

On April 9th, Aubriella got sick. Jamie and Jeremy thought it could be a stomach bug but she became so sick that they had to take her to the local emergency room. She was eventually transferred to Boston Children’s Hospital for further evaluation but they couldn’t find anything wrong and she returned home.

On April 13th, a similar episode occurred and Jamie and Jeremy brought Aubriella back to Boston Children’s Hospital. They found inflammation in her small intestine. Aubriella’s seizures, related to mitochondrial disease, increased in frequency and severity. 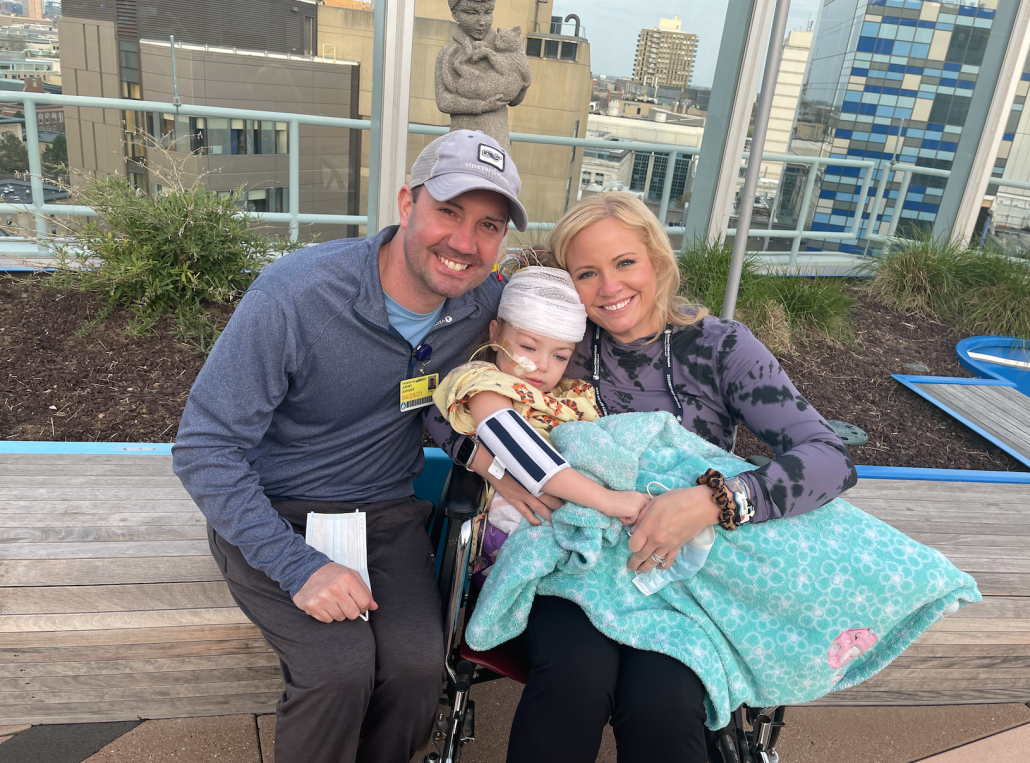 Aubriella is now on potent steroids and was approved for medicine to help with pain management. While she is more stable now, doctors don’t know what the future holds.

Jamie and Jeremy have been covering 24 hour shifts to be at Aubriella’s bedside. They have incurred approximately $2,000 in out of pocket expenditures for food, transportation, parking, and basic care needs.

They are also awaiting medical bills for Aubriella’s care. If her condition stabilizes, Aubriella will eventually need to go to physical therapy at Spaulding Rehabilitation Hospital, since the left side of her body has been significantly impacted due to the violent seizures.

You can help HSF deliver targeted support for the Derosier family during this difficult time by making a donation today using this link:

Thank you for your time and generosity.