The 4th Annual HSF Charity Golf Outing took place on Monday, May 9th at Walpole Country Club. We had a great day of weather and a full-field of players. It was not lost on us that these players along with our incredible volunteers took valuable time out of their personal and professional schedules to help us raise critical financial support to individuals and families facing life-threatening illness or recovering from traumatic injuries.

Special thanks to the following sponsors and donors who continually go above and beyond to make the outing a great day for all:

Following the tournament, we gathered for lunch and our live auction. For those who have joined us in the past, you’ve seen a close family friend who traditionally leads our live auction. Unfortunately, she wasn’t able to join us this year so it was left to us amateurs to get the job done. That was until we received an assist from a gentleman who tallied over 1,100 helpers during his stellar career. Sitting in the audience observing us give our best effort but just not gaining significant traction with the crowd, Mr. Bourque approached the front of the room and asked if he could help. Of course we obliged, handed over the mic, and what happen next was an incredibly moving experience.

Mr. Bourque lit up the room with his energy and smile. Come to find out, he’s an awesome auctioneer! He worked the crowd, drove up bids and even personally added tickets, autographed items, and packages to dine with him at his restaurant in the North End into the mix. Former Bruin and Executive Director of the Boston Bruins Foundation, Bob Sweeney was also in the house. He jumped up to help his former teammate by displaying items in front of the crowd, including a Kate Spade purse that happened to match his shirt!… 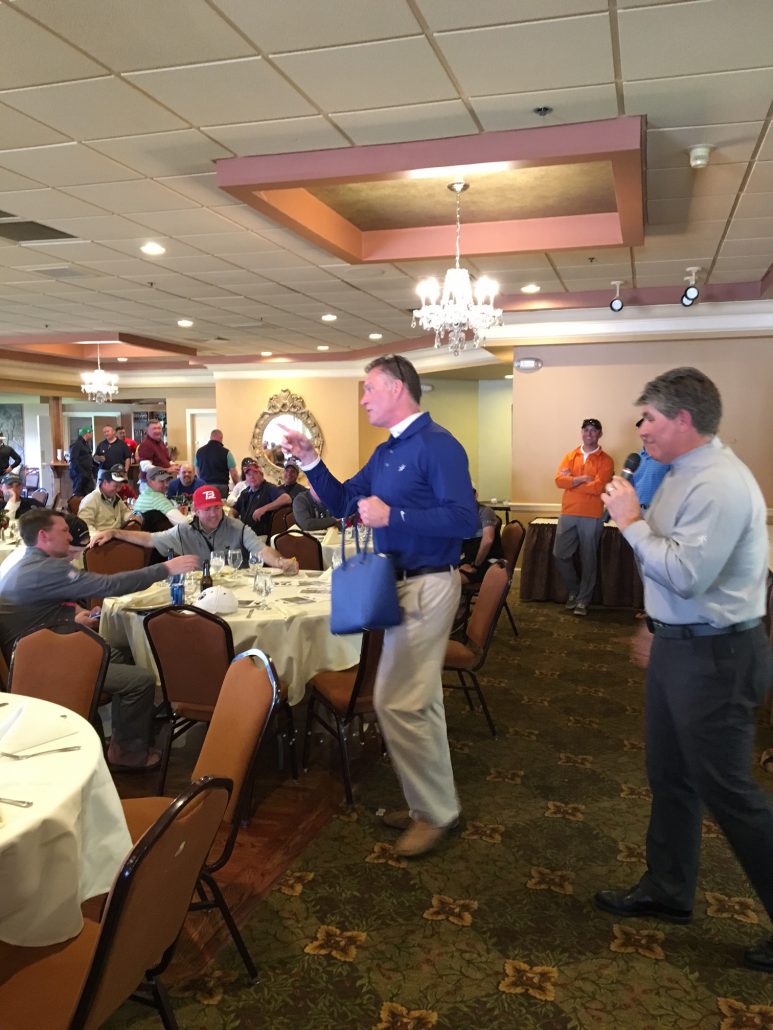 Their awe-inspiring, volunteer efforts raised over three times what we normally make during a live auction. These resources will make an incredible difference in the lives of those who we are privileged to assist. It will allow us to cover additional medical bills, purchase much needed equipment, and treatment sessions that insurance just won’t cover.

After the dust settled, we approached Mr. Bourque and Mr. Sweeney, telling them that we didn’t know how to properly thank them for their incredible generosity and support. Their response, “you just did.” With that, we shook hands and the event concluded. What a day!

Thanks again to all players, donors, sponsors and volunteers for all of your outstanding support!