Hope Strengthens Foundation (HSF) hosts its second annual Roast & Raise on Saturday, Oct. 4, from 1 pm to 5 pm, at the Tisbury Spring Building in Vineyard Haven. In addition to assisting local families, a portion of the funds raised from the event will go to M.V. Cancer Support Group, Hospice of M.V., and Angel Flight New England.

HSF is a volunteer-run nonprofit that started in 2010, run by longtime friends James Fahey and Jacob Ferreira, according to a press release. “Its roots were established when a mutual friend, Joe Merry [of West Tisbury], valiantly battled against and beat cancer,” continued the press release. “Joe’s drive towards remission was centered in two simple words: hope strengthens. That motto not only drove Joe, it inspired his family and friends to come together as a community. In an effort to support him, many members of his community organized a fundraiser to ensure that Joe could focus all his energy on his recovery and rest easy knowing his expenses would be covered while out of work.”

Over the past few years, HSF has assisted with a number of individuals and families dealing with serious illness or injury, including the late Ronnie Teague and his family, 2-year-old Peyton McCarthy, 4-year-old Neil Hajjar, Tara White, and 34-year-old Carol Gardner.

Donations of food, beverages, and raffle and auction items are welcome. 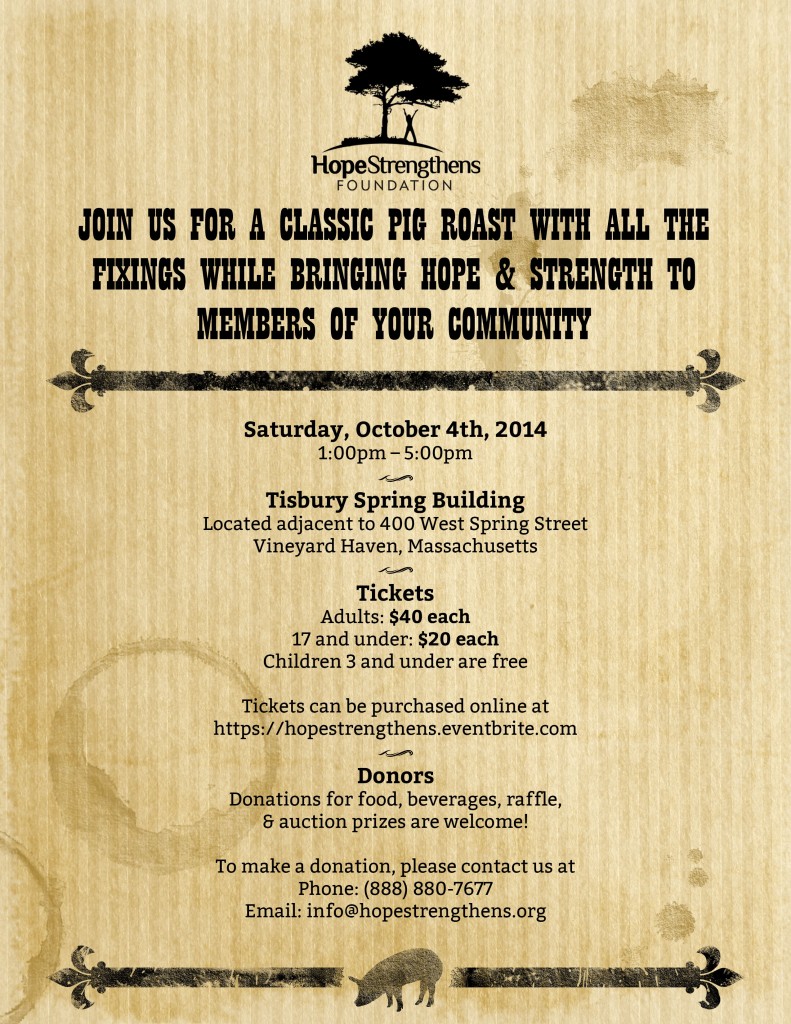