Our continued work for others in memory of Ronnie Teague 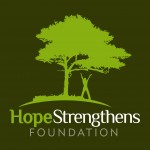 Following Ronnie’s passing, we were incredibly humbled that Giselle Teague and her family requested that memorial donations be made to Hope Strengthens Foundation. We will remain dedicated to keeping Ronnie’s memory alive through our continued effort to help others with serious illness or injury.

A copy of Ronnie’s obituary is posted below.

Ronnie was born in Joplin, Missouri on March 4, 1962. He graduated from Fitchburg High School and also received his Associates Degree in Electronics from Mount Wachusett Community College. Ronnie worked for MOC as a carpenter for many years in Fitchburg. He was an avid Boston Bruins fan and fisherman. He loved his family, and shared his hobby of collecting Marvel action figurines and toys with his children.

Ronnie was predeceased by his father, Ronnie J. Teague.

The Funeral Mass will be held in Saint Joseph Church, 49 Woodland Street, Fitchburg on Tuesday, May 6, at 10:00 AM. Burial will be private. Calling hours will be held on Monday, May 5, from 4-7 PM in Brandon Funeral Home, 305 Wanoosnoc Rd., Fitchburg. In lieu of flowers, the family request that memorial donations be made to Hope Strengthens Foundation https://www.hopestrengthens.org.