[With your support, HSF has been privileged to assist Remy Tufts in his fight against leukemia. The following update was shared by Remy’s mom, Julie.] 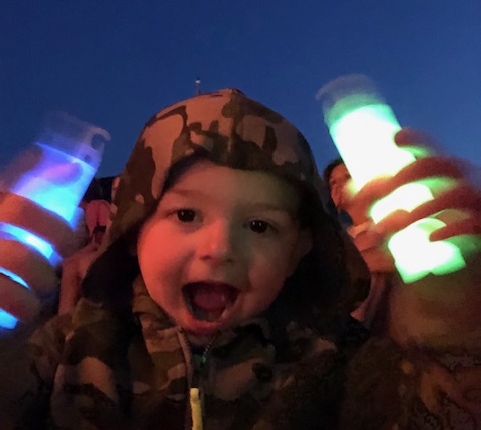 After a challenging winter, Remy is doing amazing. He’s back to being a typical crazy 5-year old boy. Sometimes a little too crazy. In May, he broke his thumb and had the pleasure of having a cool camouflage cast on for a few weeks. 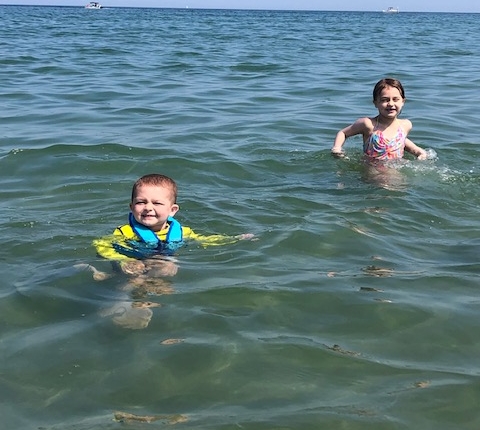 This summer he stared swimming lessons. He loves the water but still sinks like a rock. Regular swimming has been great for him and is building up the muscles that he lost over the winter when moving was a challenge. 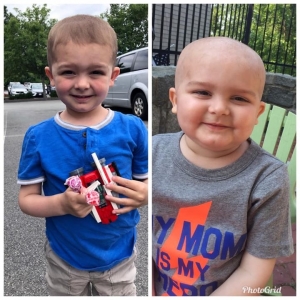 A year ago, on July 2, 2018, we made the decision to shave Remy’s head. It was a hard decision but his hair was rapidly falling out. Exactly a year later, he was able to go to a barber and get his “first” haircut. 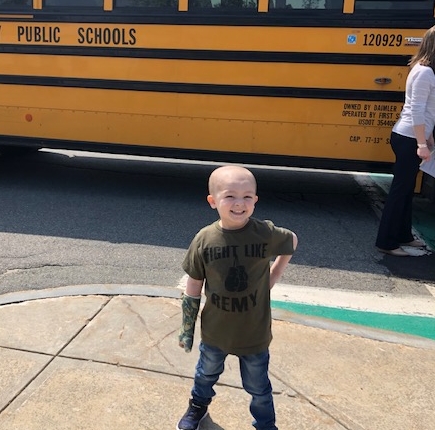 In bigger news, his hair came back just in time for him to start Kindergarten in the fall. This will be a big step for him. We are nervous, but excited for him.