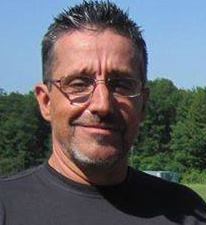 “Ronnie fought back from his injury with incredible perseverance.”

On September 2nd, 2013, Ronnie Teague from Gardner, MA fell off a ladder while helping a friend roof his house. He was rushed to Massachusetts General Hospital and doctors discovered he had fractured his skull. Ronnie had emergency surgery to remove the right side of his skull to relieve the pressure and control the bleeding on his brain.

Ronnie fought back from his injury with incredible perseverance. Unfortunately, he passed away on April 29th, 2014 after suffering a brain hemorrhage while receiving care at Mass General.

Ronnie was a carpenter and the main income provider in his household. When he fell, Ronnie’s wife Giselle was three months shy of obtaining her nursing degree but had to leave the program to take care of Ronnie and the family.

Ronnie was the father of three boys, one daughter, and a young granddaughter. His oldest son continues to serve in the United States Navy and the younger two school-aged boys live at home with the family.

Make a donation in Ronnie’s memory to help others fighting life-threatening illness or recovering from traumatic injuries.