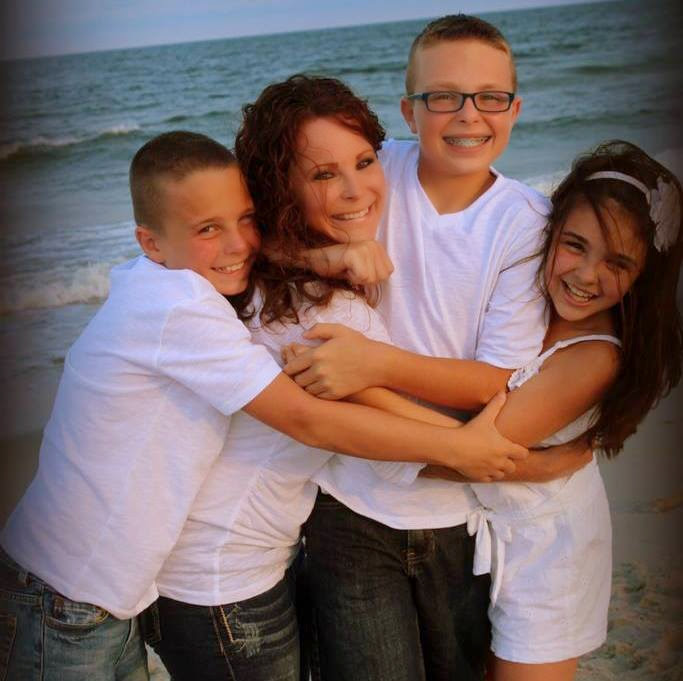 In the midst of her family’s summer vacation, mother of three Carol Gardner experienced a significant health scare leading to an emergency room visit. A CT scan revealed a mass on the right, front side of her brain.

A few days later, Carol was admitted to the Cleveland Clinic. Numerous tests led to a surgery in a special operating room that hosted a built-in MRI aiding doctors in their attempt to remove her brain tumor. The surgery was successful and three days later she returned home to rest.

Carol then visited the Cleveland Clinic to learn more about the pathology of the tumor resection (surgery). The diagnosis she received was Glioblastoma, an aggressive form of brain cancer.

Carol commenced with her chemotherapy and radiation treatment plan. She then visited the Cleveland Clinic for a follow-up meeting with her surgeon to observe the progress from the surgery to remove her brain tumor. The incision was not healing as expected in one spot and the surgeon feared an infection may be setting in. An MRI was completed and showed no major infection or meningitis. However, a 3-hour surgery was required to clean the wound area.

Thanks to your generous support, Hope Strengthens Foundation covered medical expenses and increased insurance premiums associated with Carol’s care, so that she could dedicate 100% of her energy on beating brain cancer.

Carol completely recovered from her surgery, she completed her Temozolomide chemotherapy, and her MRIs continue to show no tumor re-growth.